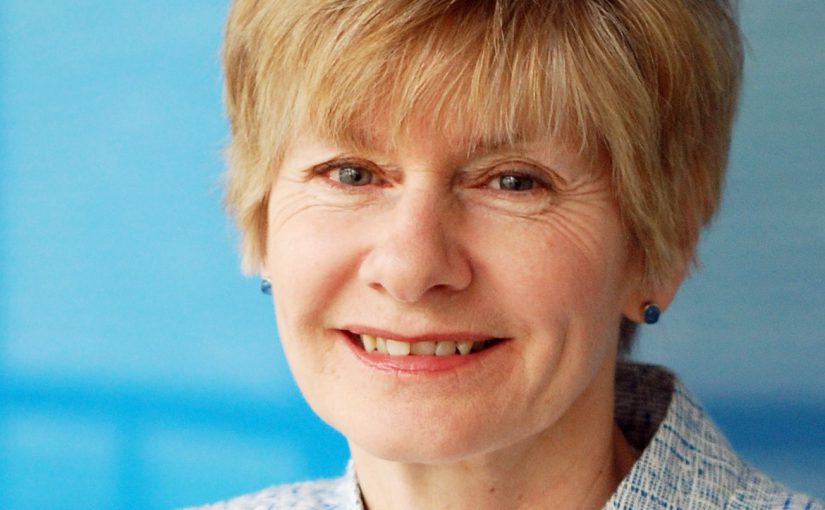 Jacky Lumby, what is the current focus in the discourse about educational leadership in the UK?

My answer takes Covid-19 into account as a context because in England and Wales Covid-19 has clearly revealed and exacerbated the gulf between advantaged and disadvantaged learners. The latter has suffered greatly from the effects of the crisis. The government planned to ensure that every learner had a tablet or a PC so they could study online, but this has not happened. Not everyone had a supportive environment and there were even children who had insufficient food. There was a big debate about how to ensure that students were fed if they did not get free meals in schools. In contrast, privileged students in private schools, for example, continued to work relatively unhindered without major losses as they all had laptops or tablets. In response to the situation, you would hope that everyone would work together to try to minimize the level of disadvantage. It has not happened.

Teaching unions have been assertive in fighting for the rights of teachers to be safe, to have their holidays, and not to be overworked and the government has used that to develop a narrative that leaders and teachers are not committed sufficiently to their learners. So instead of working to meet the needs of learners, leaders have been embroiled in a conflict between the government’s wish to impose actions and teachers struggling for control, for example about when schools close or open and how learners are assessed. In my view power is always a fundamental underpinning issue and here we see a battle for power that is impeding a focus on the needs of children.

Now we are getting right in the middle of your topic power in the context of leadership – and especially distributed leadership? Why do you consider it as important?

I think the fundamental question is “cui bono”? Who benefits? If you understand who benefits, you understand where power lies, because power leads to benefits. It is of such great importance, because who you want to benefit in education is children. Therefore, who controls the ability to shape things controls the benefit children receive or do not receive. So, who controls how classes are formed, what the curriculum is, what pedagogy is used matters hugely? But power is also partly indirect where leaders shape how teachers think, what their values are, what they ae asked to do or not to do, their motivation. Everybody has some degree of power. I do not believe that anyone is powerless. When you look at Greta Thunberg, who would have thought a teenager would have the impact she has.

Everyone has some power, but once power is acquired, I think it is more difficult to shift it. And those who have power will hang on to it by a range of means that are sometimes very obvious and sometimes very subtle. In education those who have more power, such as middle-class parents and leaders of schools in privileged areas are unlikely to want to give that up. Therefore, they are going to find ways to maintain their level of power while at the same time – because their self-identity demands that they appear to be in favour of equality and so on – not looking as if they want to keep power. So, it is a construction of narratives, mythologies, systems which enable some shifts, but not fundamental shifts. For example, if power had shifted between ethnic groups one would expect to see a greater representation of minority ethnic groups in leading staff – hasn’t happened.

If the power had shifted between men and women, one would expect to see more female headteachers, more women in senior positions and so on – hasn’t happened. So, when I look at Distributed Leadership and its claims – and it does claim to redistribute power, to adjust power – I ask “cui bono”? Who is benefitting? In what way do staff and children benefit? That is why I think looking at power is very important, because for me the people I want most to benefit are those who start in a disadvantaged position, both children and staff.

I sometimes get the impression, that teachers and school leaders as well try to avoid talking about power and leadership, maybe because in Switzerland the tradition of official leadership and school leaders is much shorter compared to the UK. For a long time, teachers have organized themselves without an official leading position within the school.

Okay, then my question would be: if the whole school would be responsible for developing teaching and learning, does the power flow – as in Foucault’s notion of power – through the school so that everybody contributes equally to coordinating and improving, or does it relate in part to things other than an individual’s capacity to contribute to that process? In other words: does the way you look or talk or your age or your marital status in some way affect people’s willingness to involve you, to follow you if you decide to suggest a particular way forward? I would be very surprised indeed, if in swiss schools everybody gets an equal chance. It would be the only place on the planet from my experience. What I do see is a kind of fantasy, that we are all doing it equally together – and it is simply not true. What I find particularly insidious in the theory of Distributed Leadership is that it contributes to this narrative, the fantasy, that we are all doing it equally, that no one is (partially) excluded for irrelevant factors.

So, what can we do? How can practitioners learn from our discussion to improve or get aware of the situation?

I have recently read about Critical Leadership studies and I have the impression that we could learn from that as practitioners and as teachers of practitioners. We need to look at leadership in different ways: not just a single narrative where we are all 100% committed and 100% equality-based. In critical leadership studies, there is the issue of employers and employees. And we need to understand that teachers are employees.

So, we need to understand that improving the learning of children is also about improving the conditions for employees. Because in DL, teachers are just dedicated people who spontaneously take on work persistently in order to do the best for children. Which is admirable, but impractical. Because certainly in the UK teachers burn out through overwork and insufficient understanding of their needs to continue to work productively. If we want people to contribute, what are the employment conditions in order to help them to be the most productive they can sustainably? We also need to think in terms of who is being enabled to contribute.

In other words: We need to consciously address the bases of inequality in both staff and learners. If we do not do it with the staff, learners see that inequality embedded in their own organization, in their own community from a very young age and they take it as a norm. So maybe, Switzerland has issues that are less severe than the UK or the US, but what are the issues around gender equality, around ethnicity? In our country, religious inequality is a very big issue. Muslim teachers suffer discrimination in quite serious ways. What about sexuality? What about socioeconomic status?

Some people can afford to support themselves in ways that other people cannot. So, we need to ask, if we want to work genuinely together to make things better for children maybe we need to stop avoiding and start talking about leadership. In my research I found practitioners and leaders a bit reluctant to talk about themselves as leaders with power. Because power is a ‘No no’. Nobody wants to admit to having power. So overall I suggest the following: Use DL as a jumping-off point to talk about what is going on in schools and how what is going on in schools benefits some more than others or disadvantages some more than others, both learners and staff. That would be my suggestion.

The discussion makes people uncomfortable. Because we can all talk together about distributing leadership and all being leaders and all being inclusive and all being equal and feel very happy and comfortable. Once you suggest that this is not true, not everyone gets entry to changing and improving things in the same way, people become very uncomfortable and they don’t want to talk about it. Or they will talk about it in a leadership class and when they return to their school, they revert to the narrative that everything is okay, ‘we are all working together’. I know that it is not easy to look at these things, but it can improve outcomes for staff and for children. So, we need just occasionally to get out of our comfort zone and challenge things that are not so easy.

Thank you very much for these insights into power and leadership in schools, Jacky.